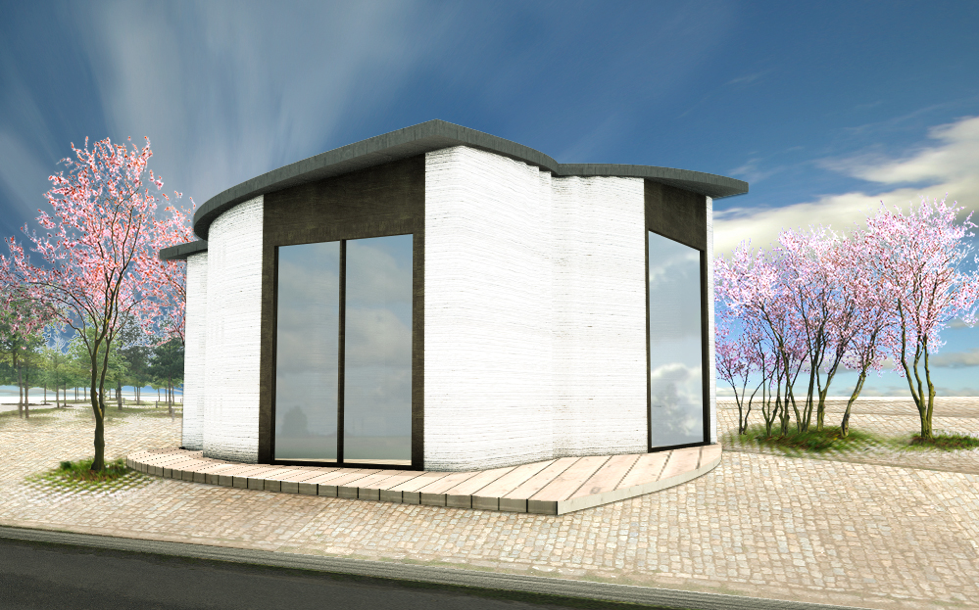 Construction with 3D printers is a reality

Construction with 3D printers is a reality.
The company Printhuset finished the printing of a custom made building.

What would be the first inhabitable building printed in 3D and complying with the European Construction Codes was recently completed in Copenhagen by Printhuset (Danish company specialized in 3D printing – https://3dprinthuset.dk), using concrete printers designed and developed by the same company. The small building, which would be an “office-hotel” was designed by Arch. Ana Goidea, who incorporated curved walls and an undulating texture to better show the freedom that 3D printers give to design. 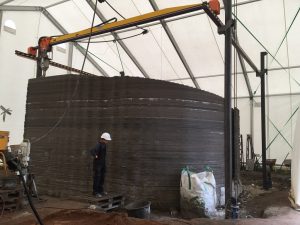 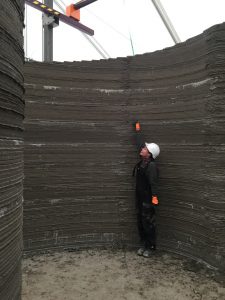 Obviously, the building was completed in a shorter time than a traditional construction method would have required, but not as quickly as the company would have liked. This was mainly due to the fact that in the process they had to face difficulties that had never been experienced before, given the novelty of the project. Even so, all the walls of this building were built by the printer in just 50 hours of effective printing time (not counting the delays due to causes beyond the process). However, it should be mentioned that the problems that arouse were related to the supplies and handling of the materials and not the printing process itself, according to the same company. The objective of showing the enormous possibilities of use that this technology offers has been fulfilled. 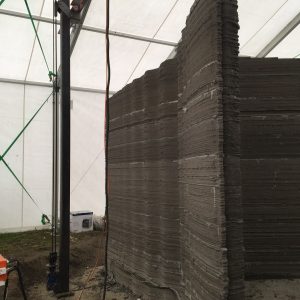 This building was printed with a mix of environmentally friendly concrete, made from recycled tiles and sand, which was developed in collaboration with Force Institute (company dedicated to technology consulting – https://forcetechnology.com). It was designed to be as “green” as possible, including an insulation system also recycled, in addition to the little waste that 3D printing technology allows. 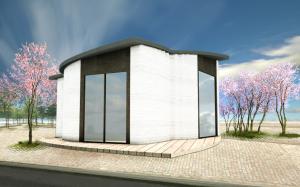 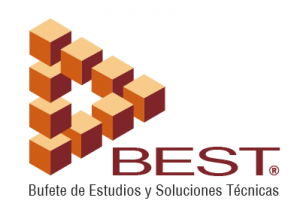